Writing about goodbyes is an endless topic for encouraging self-reflection. I envision looking through the eye of a kaleidoscope, where one moment I’m asking, What or who have I said goodbye to in my lifetime? A turn of the kaleidoscope, and now I’m asking, What will I say goodbye to when I die? And still another turn reveals the question, When I say goodbye, what else is arriving?

I’ve started to say “goodbye” to the writers in my writing groups, since I’m taking the next two months away from teaching. I always feel a sense of sadness as groups come to an end, since we share so openly with each other during the weeks and months we’re together. As trust builds, each person shares more, and we get to know more about each other in very precious ways.

At the same time, I’m also saying “hello” to two months of an unscheduled calendar. I’m saying hello to some adventure trips, along with time to spend exploring beaches, swimming holes and forest trails. I’m saying hello to time in solitude, on a silent meditation retreat.

I envision that I’m saying goodbye to this version of “me”, as I wrap up my programs and unplug from electronic devices for two months. Upon my return, I’ll have new creative ideas to bring forward and share with everyone who signs up for my fall programs. I trust that there will be some familiar faces, and know will be some new people I have the privilege of meeting.

Goodbye implies letting go, creating space for whatever needs to arise next. I don’t want to gloss over saying goodbye to a beloved, whether a human, animal, or any precious being. I recently did a piece of writing while I was in an online writing series with Natalie Goldberg. She gave us the prompt, “Tell me what you know about goodbye” and sent us off for 15 minutes to keep our pens to the page, letting the words emerge without thinking. What I wrote surprised me, since I wrote about the goodbyes I’ve imagined that haven’t happened yet. Here’s a small segment of what emerged:

In my relationship with my husband, there are some goodbyes that haven’t happened. There’s the goodbye I was anticipating in March, as I prepared to drop Rod off at the retreat centre for three months. That didn’t happen because two days before his departure, he found out he needed to start chemotherapy. Instead of having an expansive time and space to myself, I was now sharing our small home with a man going through chemo. That’s still better than the ultimate goodbye that I’ve prepared for more than once, lived through in my imagination in full sensory detail. Like the need for Emergency Room medical care, where I thought I’d never see him again once he’d been received at the doors of the hospital. Especially during COVID, when no one was allowed in with the patient. Waiting by the phone for an update from the nursing staff, sitting upright through the night in a state of half-sleep. Wondering, anticipating, braced for the worst. He was released the next day.

What have you said goodbye to? Have you welcomed some goodbyes and avoided others? Have you ever prepared for a goodbye that didn’t happen? Take some time to write on one of these topics – make them your own – and then find a buddy to share your fresh writing. You may even want to post a snippet of your writing in Marie’s Writing Oasis, my private Facebook group. 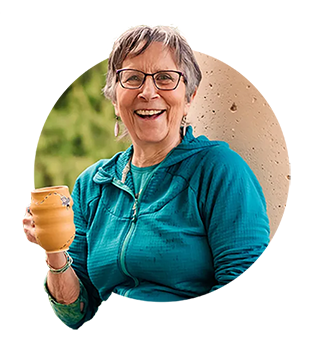 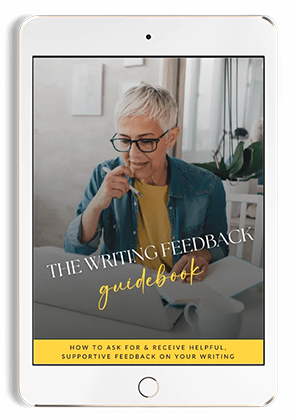 How to Ask For & Receive Helpful, Supportive Feedback on Your Writing

Not all writing reviewers are created equal! When you hand your carefully crafted pages to someone to provide feedback, the result is often unhelpful & at worst, can be crushing. This FREE guide will help you choose insightful, supportive readers. It will also teach you how to ask for what you need and want from them to continue honing your writing with confidence.

Sign up for my newsletter below to get updates from me.